The inspiring story of Robert Katende, the man behind the success of Uganadan chess champion Phiona Mutesi, begins in a small town in Kiboga District where his teenage mother had to place her son in the care of his grandmother. Uprooted by the Ugandan Bus War insurgency of those years, Robert and his grandmother eventually made it to Kampala.

Later, living in the slums of Nakulabye, he was taken in by two different aunties. Against all odds, he made it to Kyambogo University where he pursued a degree in civil engineering. It was there that he started volunteering with Sports Outreach and two years later, in 2002, he began working for that organization full time.

Having played for Miracle Football Club, Top TV F.C. and Sports Outreach Ambassadors (SOA_ F.C. under Coach Aloysius Kyazze, Robert’s ability to help young people with their soccer skills came easily. He also worked with Divine Waters Ministry in partnership with Sports Outreach to drill wells in Gulu. His exemplaray and innovative leadership in 15 years of service have see him as Project Coordinator in Katwe, Sports Outreach Director, Kampala and Nairobi, and more recenlty Sports Outreach Director for Africa.

He introduced and developed chess programs in the slums of Kampala, Nairobi and in the internally displaced people’s campus (IDP) in Gulu, Northern Uganda, an area severely affected by Kony’s Lord’s Resistance Army (LRA). Katende helped the young program participants attain the skills needed to become a credit to their communities.

The impact of the chess ministry program has now hit the international scene with the Walt Disney Pictures movie, Queen of Katwe, which depicts the life of Phiona Mutesi and her rise from the slums to become a chess champion. Robert Katende worked on the movie as a consultant, helping in particular with the chess scenes. 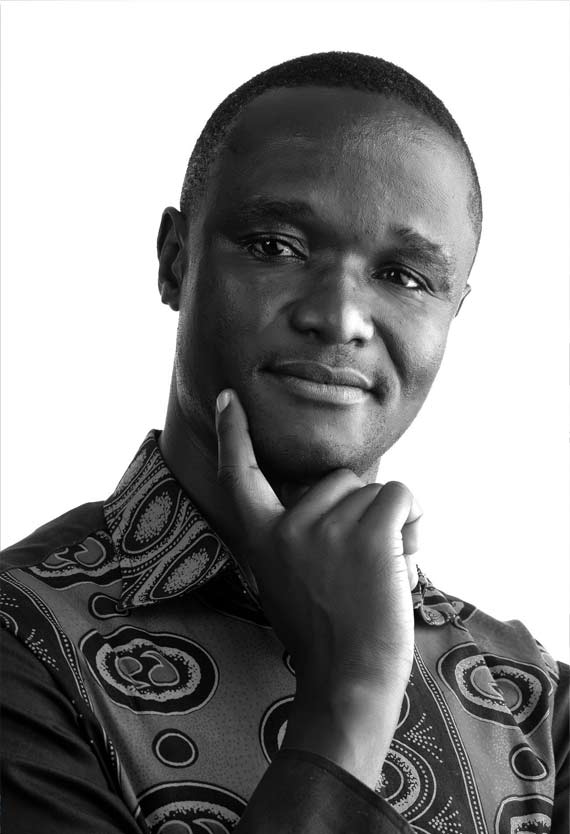 Everyone has a seed of excellence that needs to be nurtured to harness their God given abilities.

After running the chees program in Katwe for two years, Robert reached out to the Uganda Chess Federation to have the kids participate in the National Secondary School Chess Tournament. After being turned down several times, he persisted and they were eventually given a slot as guest participants, since his program wan not part of a school.

Their momentous appearance at the National Secoundary School Tournament in 2005 simply amazed the Uganda Chess Federation officials and participants. The kids from Katwe had come from disadvantaged backgrounds and were very young, but the chess board was the equalizer, allowing them to prove their abilites.

The Federation made Robert the Chairman of the Chess in Schools Committee and later Director of Development. In 2006 Phiona became National Junior Chess Champion of Uganda, a title she held for three consecutive years, In 2009 the Katwe chess players represented Uganda at the African Children's International Chess Tournament held in Sudan. It was during this period that ESPN, the sports network, wrote about Phione and Robert's successes.

Robert has been asked to share his formula for success in other African countries. This has taken him to Rwanda, Kenya and Cameroon where he has conducted chess seminars for instructors. Currently Robert runs chess centers in five different Kampala slums and seven centers in Gulu communities. 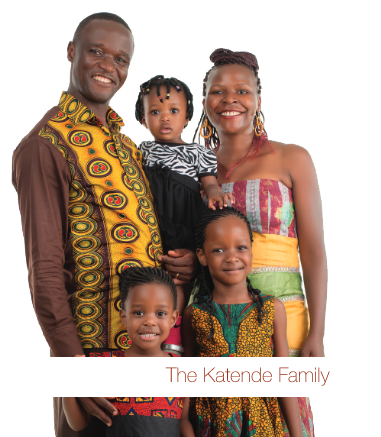 He also travels the world inspiring others to unlock their potential and has spoken at the Women in the World Summit, Bill and Melinda Gates Foundation staff conference, Sports Outreach banquets and is a member of the American Speakers Bureau.

With degrees in water engineering, information technology and computer engineering, Robert also volunteers to help secondary school and university students. Robert and his wife Sarah live in Kampala and have three beautiful daughters - Mercy, Hope and Queen. They host other children he now mentors. This year Robert Katende launched the Robert Katende Initiative to help inspire and transform lives by empowering others.

yourself
to see beyond

Enabling the less privileged in society to realise their full potential in life.

To inspire and transform lives by empowering others. 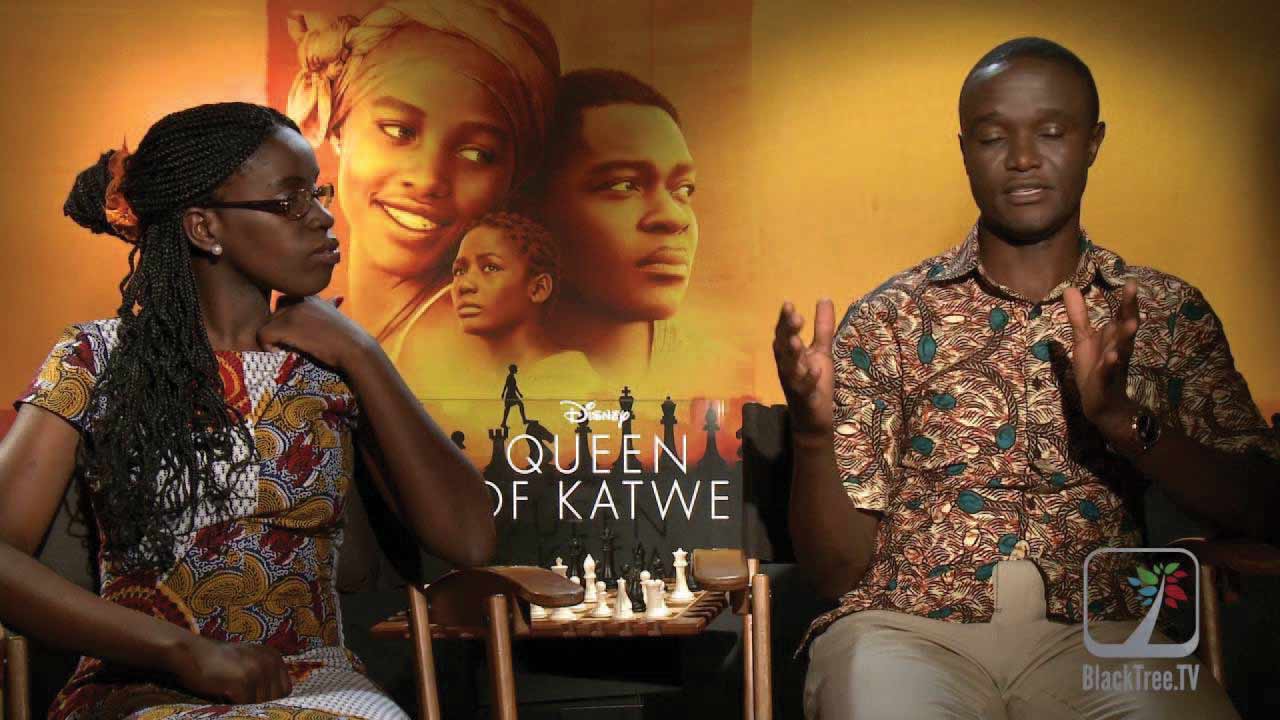 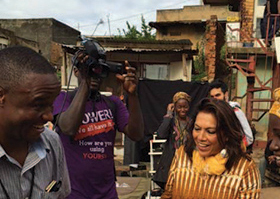 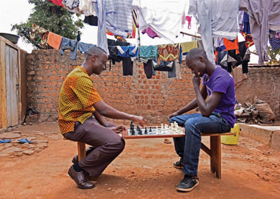 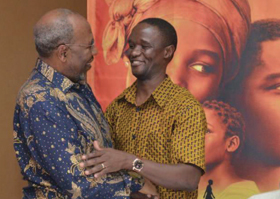 The Artistic Impressions of the Proposed Chess Academy 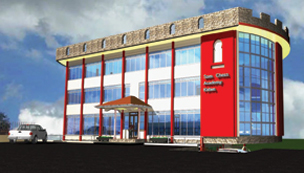 The Kampala Project for the - Differently Abled 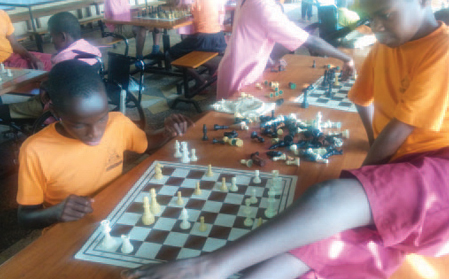 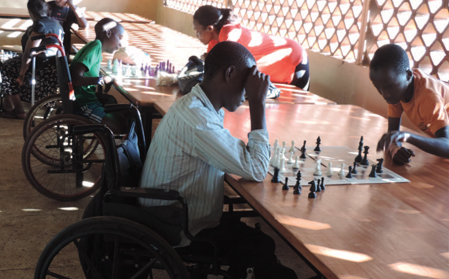 Som Chess Academy is a non-profit organization that helps youngsters in the slums realize their full potential through chess, by integrating principles of the game with management of daily challenges in life, enhancing abstract thinking, creativity and innovation. The Academy was started in 2004 by Coach Robert Katende who introduced chess in the slums of Katwe. Today Som Chess Academy serves five different slums in Kampala, seven villages in Gulu and one community in Jinja.

It is through chess that Som empowers and prepares participants for a formal education, enrolling and supporting those who would otherwise have no chance to go to school. Through collaboration with partners and friends, the program has also enrolled youths in various vocational training projects, enabling them to develop self-reliance.

The idea is to focus on each participant as an individual. As life coaches, Som leaders help youth to work toward attainment of their life goals. In the 12 years since its founding, the program has been able to restore hope, instill discipline, nurture good character, educate and develop leaders who have also excelled, some of whom have even become national and international chess players.

The learners pay no fees to be a part of Som Chess Academy and they experiece a welcoming atmosphere. The leadership at Som Chess Academy knows that not everyone participating will turn out to be a great chess player, but the greater aim is to enable everyone to achieve their full potential in life.

Why the Need For The Initiative 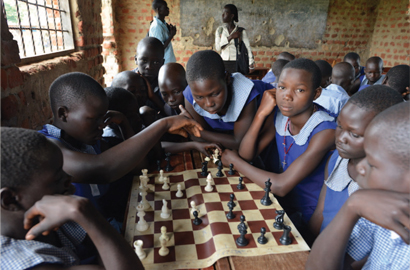 How do we want to solve the problem? 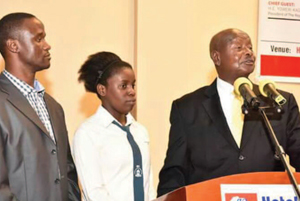 President of Uganda, Yoweri Museveni with Robert Katende and Phiona Mutesi at a prayer breakfast 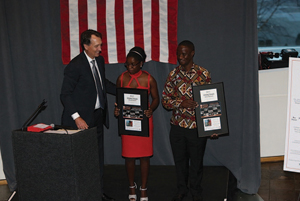 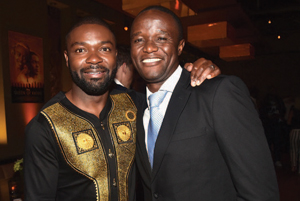 Robert Katende with Actor David Oyelowo at one of the movie premieres. 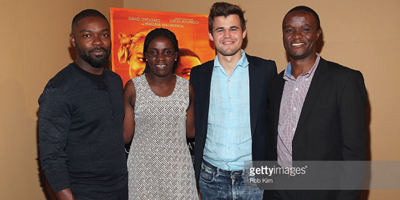 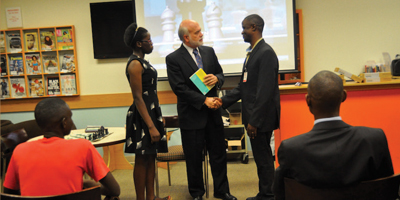 Meeting the US Ambassador to Uganda, Scott H. DeLis at the US Embassy in Uganda launching chess lessons in 2014. 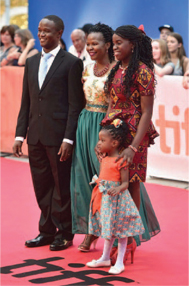 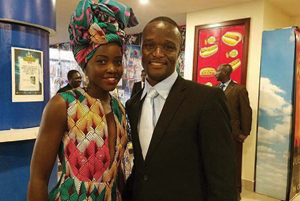 Robert Katende and Lupita Nyong'o, at a Movie Premiere 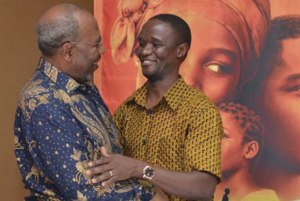 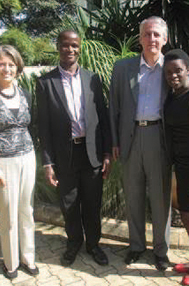 Robert and Phiona at the German Ambassador's residence

The Initiative has the ability
to reach more than 10,000 youths
in a span of 2 years in slums across Uganda. 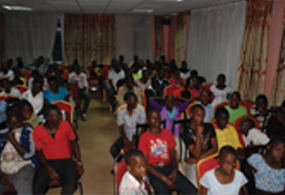 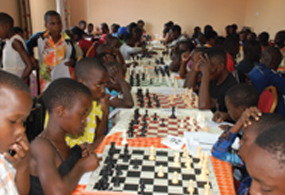 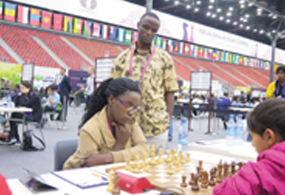 Each and every donation is appreciated!

Thank you for supporting the initiative work!

"For magnificence, for variety of form and color, for profusion of brilliant life - bird, insect, reptile, beast - for vast scale - Uganda is truly "the Pearl of Africa."

The Kingdom of Uganda is a fairy tale, The scenery is different, the climate is different and most of all, the people are different from anything else where to be seen in the whole range of Africa... what message I bring back... concentrate on Uganda.

Uganda is from end to end a 'beautiful garden' where 'staple food' of the people grows almost without labours. Does it not sound like a paradise on earth? It is the Pearl of Africa." 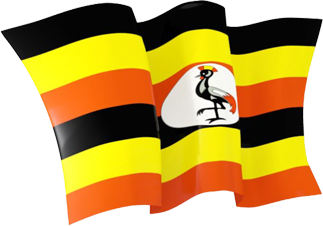 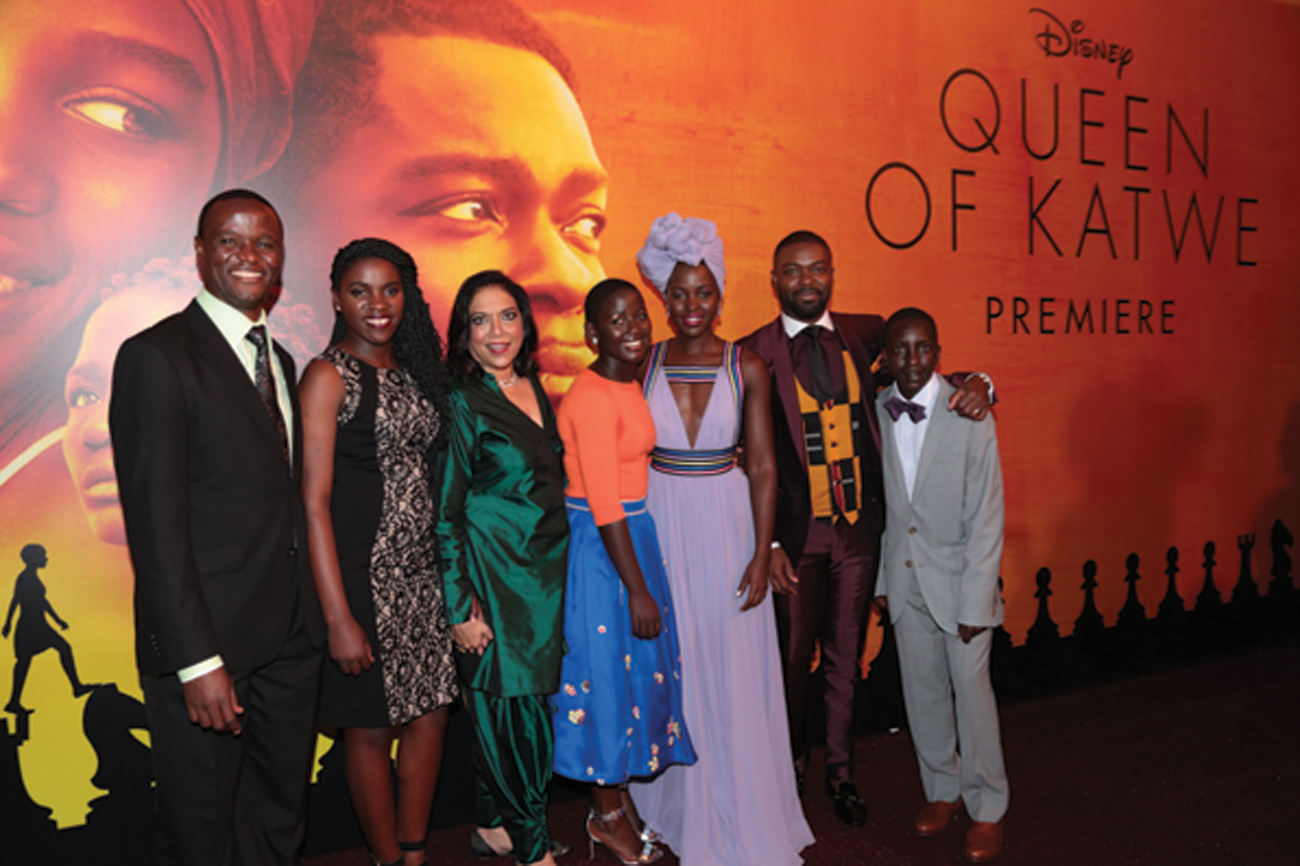